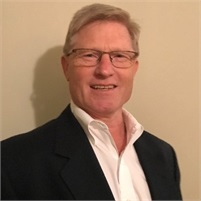 Glenn A Caldicott, Glenn is the original creator of the investment strategies and processes known as The Insider Portfolio® and Rules Based Investing®. He received his Bachelor of Science degree from Babson College in 1983 graduating with a double major in Finance and Investments. Glenn was a two-sport athlete (Soccer/Hockey). His investment management career began in New York city in 1983 at Providence Capitol where he directly assisted the two Senior Portfolio Managers in managing a $3 Billion bond portfolio. Through the years he gained experience at Moseley, Hallgarten, Estabrook and Weeden, L.F. Rothschild, as well as Advest.  In 1994 he formed Caldicott Associates to focus efforts on Rules Based Investing® and managed the models on the Advest platform from 2001 to 2005.  From 2006 until 2017 Glenn was a Senior Portfolio Manager at Merrill Lynch where he managed nine Rules Based Investing® portfolios growing assets to over $800 million.